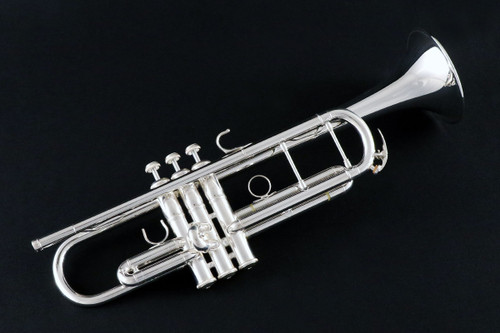 The Chicago Series was developed in close cooperation with John Hagstrom of the Chicago Symphony Orchestra. A fusion of traditional style and state-of-the-art design achieves a comfortable resistance and a tone that is both brilliant and deep. The C and Bb trumpets have consistently outstanding feel and playability throughout their ranges, so switching instruments is smooth and seamless. 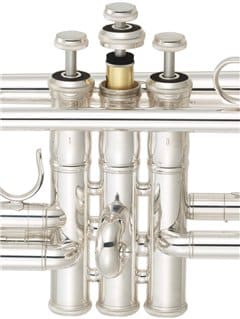 Based on new findings acquired through research into vintage trumpets, the dimensions and thickness of parts of the valve casing have been revised for the 2019 model. The refined valve casing and lightweight pistons work together to deliver significantly improved response for even greater clarity in detailed passages. 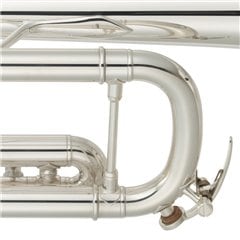 For the 2019 model revision, a square main tuning slide that provides enhanced overall playing feel and tonal balance has been adopted in the YTR-9335CHS and YTR-9445CHS. A new rubber cork material* that is more resistant to deterioration over time is used for the water key seal. These modifications contribute to improved definition, projection, and response. 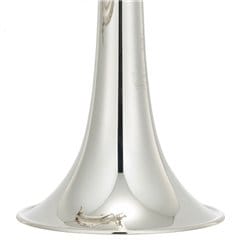 The bell features a design that is narrower toward the valve casing, and a square-cornered bell bow that provides the performer with a more balanced resistance. This results in a more "three-dimensional" sound, with a strong tonal core that improves upper register playability. 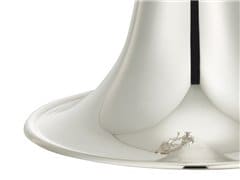 Unlike traditional methods where a round rim curl is used, a French bead is an advanced technique that matches the curl to the shape of a semi-cylindrical rim and is characterized by improved feedback of sound to the performer.

Utilizing a leadpipe that is thicker than current designs, an original style Malone Pipe™ (MB1), and a lighter mouthpiece receiver, tone and response have been improved while providing the performer with ideal blowing resistance. You will hear and feel the difference in tone quality and response.

Based on leadpipes designed by renowned brass instrument artisan Bob Malone, the Malone Pipe™ is available in several keys, offering quick response, superior intonation and unparalleled evenness of tone. Originally a trumpet player himself, Bob Malone opened his own custom brass shop in Los Angeles in 1983. Trumpeters flocked to his shop to have him personally customize their horns. His original leadpipe design has enjoyed wide acclaim and is still held in high regard among trumpet players. Since Bob joined Yamaha’s Research and Development team in 2001, his Malone Pipe™ design has made its way into a number of Xeno Artist models and Custom series instruments. Rich and brilliant tone with excellent projection, the Malone Pipe™ brings total expression to your music. 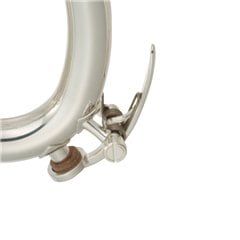 The Xeno Artist Model trumpet water key contributes to resonance in a significant way. The weight distribution of the water key arm and saddle improve playability and response while enhancing high resister accessibility. 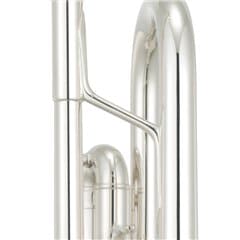 The design of the bell braces achieves quick response with a brilliant, well-centered tone. Although the position of the YTR-9335CHS tuning slide brace is unique for a Bb instrument, the distance between the mouthpiece receiver and tuning slide brace on the YTR-9335CHS and YTR-9445CHS are similar when the slide is extended for tuning, so that consistent playability is achieved when switching between Bb and C trumpets.

The first valve side has a special brace for a stronger focus to the core of the tone, resulting in unparalleled definition and clarity. 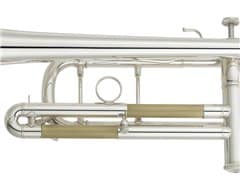 The 3rd valve slide stopper is positioned to allow the slide to be extended further than normal so that accurate low Eb pitch can be achieved. The button at the tip of the slide and the quarter circle stopper ring help to fine-tune the playing resistance for superior comfort and playability.

The slide stopper is designed to prevent the first and third valve slides from falling off. The slide stopper is made of silicone rubber that will not harm the finish. Providing both strength and elasticity, it can remain attached to the instrument during performance. (Length: 12 cm) 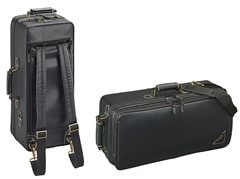 TRC-801E double case that can be carried in your hand, over your shoulder, or like a backpack. 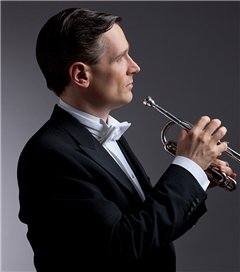 John Hagstrom has been a member of the Chicago Symphony Orchestra's trumpet section since 1996, when he won the audition for fourth trumpet. A year later, he won the second trumpet position, carrying on the tradition of brass section teamwork for which the CSO is famous. Prior to joining the Orchestra, he was principal trumpet of the Wichita Symphony Orchestra in Kansas, and served as assistant professor of trumpet at Wichita State University.

A native Chicagoan, Hagstrom grew up listening to the CSO. Five years of study at the Eastman School of Music were followed by six years in "The President's Own" United States Marine Band in Washington, D.C., where he spent three of those years as principal trumpet. His many solo appearances with the band included four national concert tours and the Camp David wedding of President Bush's daughter, Dorothy.

Recent recordings featuring John Hagstrom include his performance of the Bellini Oboe Concerto and the Sachse Concertino with the Chicago Brass Choir. He also can be heard as lead trumpet on Daniel Barenboim's recording on the Teldec label entitled 'Tribute to Ellington'.

You may return most new, unopened items within 30 days of delivery for a full refund. We'll also pay the return shipping costs if the return is a result of our error (you received an incorrect or defective item, etc.).

You should expect to receive your refund within four weeks of giving your package to the return shipper, however, in many cases you will receive a refund more quickly. This time period includes the transit time for us to receive your return from the shipper (5 to 10 business days), the time it takes us to process your return once we receive it (3 to 5 business days), and the time it takes your bank to process our refund request (5 to 10 business days).

If you need to return an item, simply login to your account, view the order using the "Complete Orders" link under the My Account menu and click the Return Item(s) button. We'll notify you via e-mail of your refund once we've received and processed the returned item.

We can ship to virtually any address in the world. Note that there are restrictions on some products, and some products cannot be shipped to international destinations.

Please also note that the shipping rates for many items we sell are weight-based. The weight of any such item can be found on its detail page. To reflect the policies of the shipping companies we use, all weights will be rounded up to the next full pound.